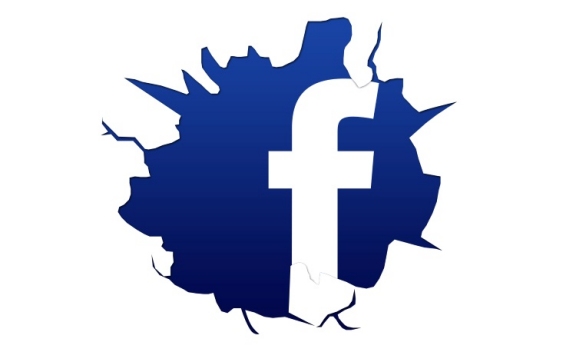 Facebook is facing a looming reputation crisis. It might not be immediately apparent, but there is now a growing group of negative voices speaking out against a variety of Facebook’s business practices.

Some of you might question whether this matters – Facebook being the dominant force that it is – but sector domination doesn’t last forever. Especially in the technology sector. The list of once dominant companies since replaced is long: Google replaced Yahoo; Google Chrome displaced Internet Explorer; MySpace replaced Friends Reunited which was then itself replaced by Facebook …and the list goes on.

A reputation crisis is defined as the loss of support of key stakeholders. For example, customers withdrawing their business; consumers finding an alternative; influencers rallying against your business practices; investors dumping your stock and so on.

It is with that in mind that Facebook should sit up and listen – really listen – and address the many accusations now being leveled at it by different stakeholders. As I see it, Facebook is making the same mistakes that other once dominant companies have made: an arrogant attitude towards clients and suppliers and a lack of care and appreciation for what influencers and wider society expect of it in terms of responsibility and accountability.

There are two areas where I believe Facebook isn’t being responsible and accountable. The first is how Facebook reports its user data. It’s so over-complicated and full of jargon, that as a customer, it’s difficult to understand. Some conclude that it is deliberately misleading. Mark Ritson wrote an excellent article on Facebook’s measurement errors and is one of many influencers who rally against Facebook’s reporting policies. This lack of clarity in reporting the data that is essential for advertising clients of Facebook to make informed decisions, is a demonstration of Facebook’s arrogance.

The second area, and by far the biggest and most important, is fake news. Where does Facebook stand on fake news, in particular news that has a political leaning? There have been conflicting messages from the leadership. Many believe that Facebook can not be held accountable for what others upload to its platform. I’ve heard the analogy that blaming Facebook for the content on its platform is like blaming a paper manufacturer for what’s printed on its paper.

That analogy sounds almost plausible. But there’s a fundamental difference: paper manufacturers in no way seek to influence what third parties print on their paper. Facebook, by contrast, actively seeks to encourage people, companies and other entities to publish on its platform. It has people the world over working with different political and business entities to build campaigns to publish on its platform. That makes it a media owner. And that means – surely – that it should be held to the same level of account as the BBC, CNN, ITN and other media owners.

This is classic reputation risk territory. Facebook is ignoring warnings from key stakeholders. If Facebook doesn’t address these issues, then governments and regulators will step in. And if that happens, Facebook’s business model is threatened. This is something we advise our clients to take very seriously – it might be true to the word of the regulatory environment that a service is merely a platform or a conduit, but today, many in society believe that successful game-changing companies have a responsibility that is far greater. Therefore they should be held to a higher standard than paying lip service implies.

The number one rule of reputation management is to listen to stakeholders. And here there is an opportunity for Facebook. Leading commentators have already offered their informed advice on how Facebook responds to what I see as its reputation crisis. An article in the FT employs an expert panel to suggest ways Facebook can deal with fake news. Another in The Guardian goes a step further offering fully worked-out solutions from a panel of experts from academia to business.

It’s time for Facebook to listen to its stakeholders. It must then use that insight to develop strategies that deliver on their expectations.

With size comes responsibility and Facebook must be seen to live up to its responsibilities if it’s to recover its reputation and survive in to the long term.

Otherwise, it’s on a one-way ticket to MySpace.

Spencer Fox is a reputation and corporate brand consultant and has advised companies such as AstraZeneca, ITV, L’Oréal and Tesco. He is a founding partner of Tovera Consulting – a brand and reputation research, measurement and advice company that helps companies build both strong brands and reputations. www.tovera.consulting